After travelling the world for over 30 years playing on the European Tour, Terry Price has turned his focus to sharing his skills with amateur golfers who are looking to lower their handicap and take their game to the next level. Terry is available for a range of lessons covering all areas of the game, whether on the driving range or on course.

Travelling the world has allowed Terry to learn from world-class coaches such as Butch Harmon, David Leadbetter, David Pelz and Mac O’Grady. Terry has also had the opportunity to play in big events alongside Jack Nicklaus, Seve Ballesteros and Greg Norman. Whilst Terry had an illustrious career as a player and is still playing the occasional event, he has turned his main focus to coaching.

Currently teaching tour players David Bransdon, Quinton Howe and Adam Stephens, Terry has had some great success with David over the past few years, who won the Queensland Open and the Western Australian PGA Championship.

Though Terry will continue to enjoy his work with elite players, his real passion lies with helping club golfers, whose major improvements provide Terry with a great amount of pleasure. 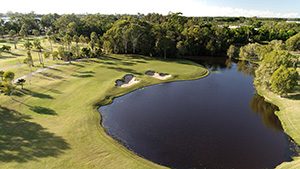